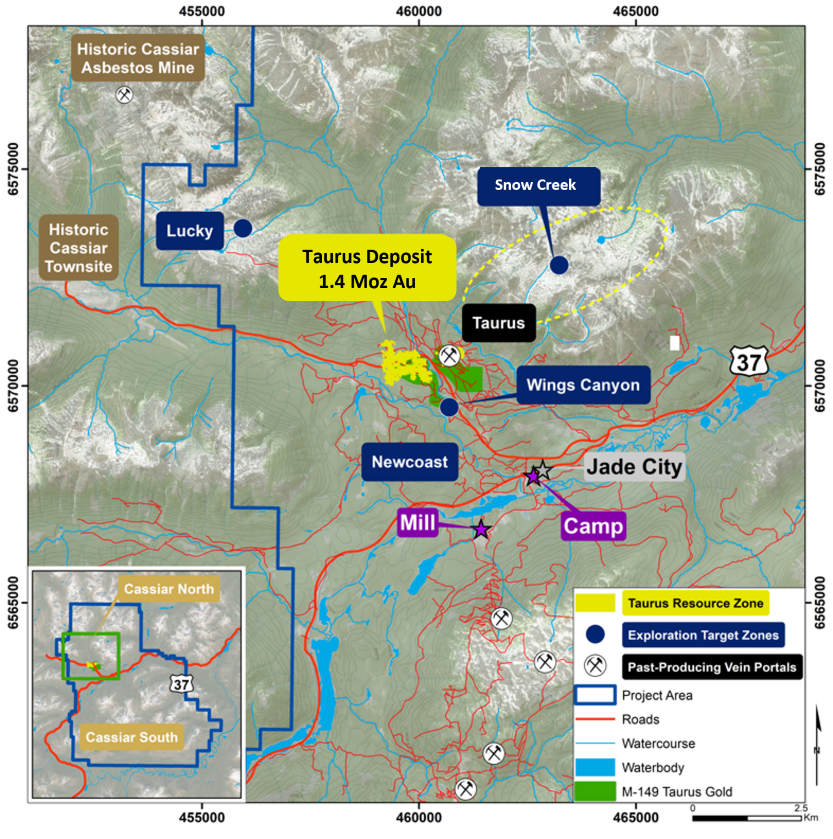 1. Mineral Resources that are not Mineral Reserves do not have demonstrated economic viability.
2. The estimate of Mineral Resources may be materially affected by environmental, permitting, legal, title, taxation, socio-political, marketing, or other relevant issues.
3. The Inferred Mineral Resource in this estimate has a lower level of confidence than that applied to an Indicated Mineral Resource and must not be converted to a Mineral Reserve. It is reasonably expected that the majority of the Inferred Mineral Resource could potentially be upgraded to an Indicated Mineral Resource with continued exploration.
4. The Mineral Resources were estimated in accordance with the Canadian Institute of Mining, Metallurgy and Petroleum (CIM), CIM Standards on Mineral Resources and Reserves, Definitions (2014) and Best Practices Guidelines (2019) prepared by the CIM Standing Committee on Reserve Definitions and adopted by the CIM Council.
5. Historically mined areas were excluded from reporting of this mineral resource.
6. Metal price used was US$ 1,800/oz Au (Exchange Rate 0.78$US:1$C) with process recoveries of 92%. A C$15/t OPEX mining cost, C$11/t process cost, and C$4.50/t G&A cost were used. The constraining pit optimization uses pit slopes of 45°, dilution of 5% and mining recovery of 98%.
7. The expanded calculations in the sensitivity table outside of the chosen reporting cut-off should not be interpreted as a mineral resource statement. The reported quantities and grade estimates at different cut-off grades are presented for the sole purpose of demonstrating the sensitivity of the resource model to the selection of a reporting cut-off grade.

The Taurus Deposit has seen past production of 35,000 oz at a recovered grade of 3.8 g/t Au at the Taurus underground mine from 1981-1988 (Historical production figures from Taurus MINFILE Production Detail Report, file number 104P 012, BC Geological Survey.).

Recent exploration began in 2019 when Margaux Resources (predecessor to Cassiar Gold) conducted geological mapping and prospecting of both new and known gold prospects on the Property. Although the Property has an extensive exploration history, much of the historical work has targeted high-grade veins, and not lower-grade occurrences that may have bulk tonnage potential. To that end, geological mapping, chip and grab sampling, as well as resampling of one historical drill hole core, were done on numerous prospects in both the Taurus and the Table Mountain areas. Rock samples were simple “grab” samples, while chips were taken across veins and alteration areas.

In 2020, Cassiar Gold completed a 5,000-metre drill program which successfully extended mineralization between past drill holes to confirm continuity of mineralization.  In 2021, Cassiar Gold completed another drill program consisting of 15 holes totaling 4,098 m which was aimed at defining and/or confirming higher-grade mineralized areas where historical drilling was widely spaced.  Results were highly encouraging.

At the Taurus Deposit, mineralization consists primarily of basalt-hosted low-sulfide gold-bearing veins (“T4” type mineralization), which have well-defined alteration envelopes of quartz-sericite-iron carbonate and pyrite. Shear veins, extensional veins, thrust-filling veins, as well as vein arrays and breccia zones all occur, but shear veins are the most economically significant in terms of gold mineralization.

Coarse gold may be present in any of the vein types and can cause a pronounced nugget effect in sampling. A second, less-common type of mineralization consists of semi-massive to massive, fine-grained auriferous pyrite (“T3” type mineralization), such as at the Taurus West zone. T3 mineralization is interpreted as early, replacement-style mineralization.

Shear veins average 1 to 2 m in width, but locally can blow out to over 10 m wide or be as narrow as several centimetres. Shear veins may be massive or banded with seams of quartz, carbonaceous material, sulfides or tourmaline. Sulfides consist of pyrite, arsenopyrite, tetrahedrite, sphalerite and chalcopyrite in decreasing order of abundance. Early barren shear veins are devoid of sulfides. Shear veins are steeply dipping to near-vertical veins. In general, veins in the southern part of the property dip to the north, while those in the northern part of the property have steep south dips.

Today, the Taurus deposit remains opens laterally in all directions and at depth, providing the opportunity for significant expansion of resources and additional discoveries through further exploration.